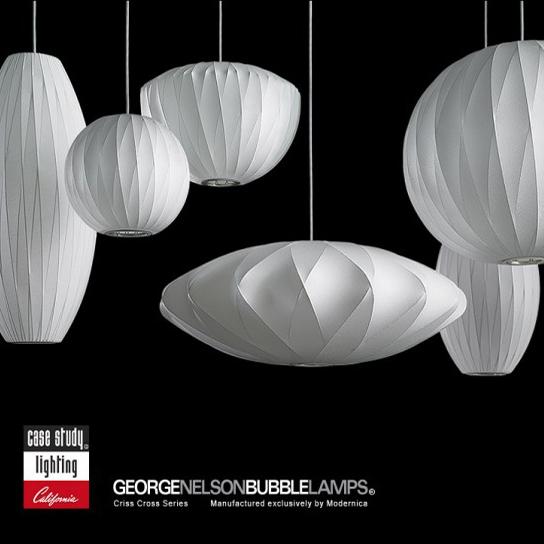 In 1989 the Modernica company from Los Angeles acquired the original production tools from a previous bankruptcy (the production and distribution of the luminaires were no longer made by the "Howard Miller Clock Company" at the end of the first series production) and resumed the production and distribution of the Bubble Lamps with a partner company near the original workshop.
Modernica added the names to the simple serial numbers, which took reference to the shape of the lamps, the most common models were from now on SAUCER, CIGAR, BALL etc. Modernica produced the lamps by 2016 especially for the American market and also exported to various European countries Countries.
Modernica owned certificates of the US Patent and Trademark Office during this time, but in the course of several years, they were accused  of copyright- & name-infringements by the George Nelson Foundation.
It is, however, a great merit of Modernica to have saved the Bubble Lamps -one of the icons of the mid-century design- into modern times.