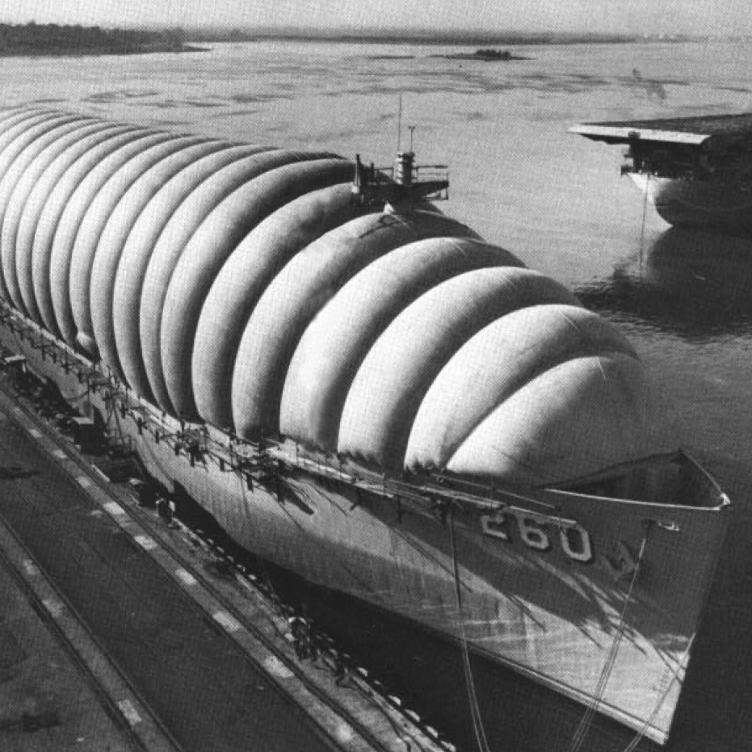 A seemingly unrelated story brought Nelson to an intuitive idea. He remembered, "A few weeks before, I had seen a picture in the New York Times. It showed how the Liberty ships of the US military fleet, which were no longer needed, were mothballed. The decks were covered with nets and the nets were sprinkled with a plastic, which itself formed a fabric. "
Nelson found the manufacturer of this resinous plastic and then used the plastic for the development of the Bubble Lamps. Achille and Pier Giacomo Castiglioni also applied a similar principle to HEISENKEIL (today FLOS) in their design of Taraxacum and Viscontea.
This fact shows George Nelson`s influence in the world of design.