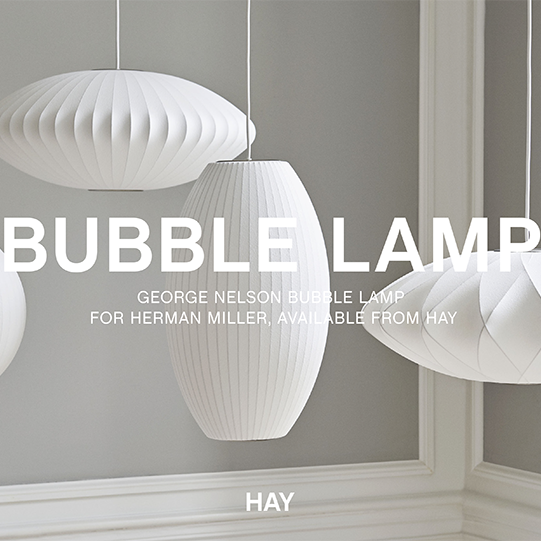 2019 - HAY distribution
Since mid-2018, Herman Miller has been involved in the Danish furniture and accessories label HAY and distributes its products on the North American market. In the course of this cooperation, some of Herman Miller`s products has been integrated into HAY`s European sales organisation. This also includes the Bubble Lamps. They are now part of HAY`s growing lighting catalogue, but are still produced for HAY in the USA by Herman Miller.
In the course of this conversion Codes Lite GmbH in cooperation with the Swiss branch of HAY becomes a professional project and online partner for the Bubble Lamp collection and also the other luminaire series HAY.
- HAY Bubble Lamp Catalogue 2019
- HAY website