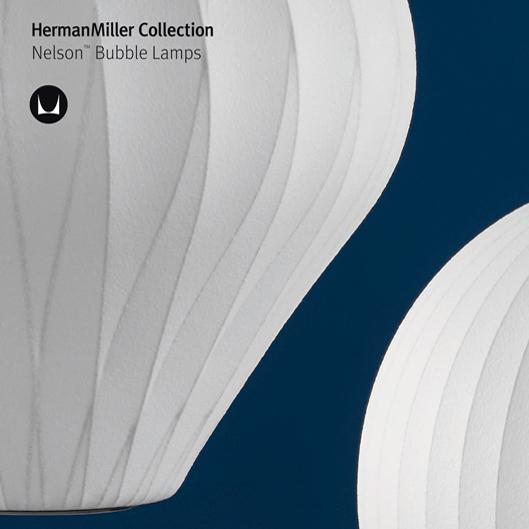 In 2015, after a long-standing dispute about copyright and patent rights, the George Nelson Foundation & Herman Miller USA agreed with Modernica Inc. to take over the production and distribution of the lighting family.
Since autumn 2016, they are marketed and distributed worldwide exclusively by Herman Miller as Nelson ™ Bubble Lamps. For the time being, only the pendulum lights will be available. In the course of 2017, all other models will also be launched in the EU-certified version.
The production still takes place in the same production sites as before, even under the new ownership, thus still with the original tools from the old times. This ensures a consistent quality over the years.